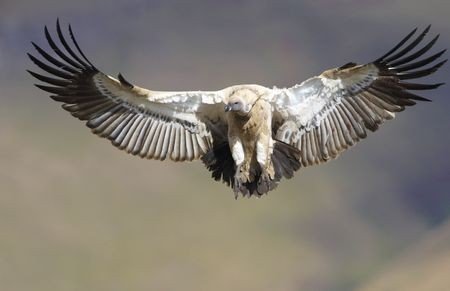 Animals and wildlife contribute to the beauty of life greatly. Watching wildlife and interacting with them is an exceptional experience. It’s for these reasons tourists travel from the ends of the world just to have a close view of these animals. Unfortunately, some animal species have become extinct and some others have followed suit.

South Africa is a wildlife-rich country, surrounded by picturesque mountain views and green habitats that favor wildlife. But over the years, the health and life-span of some wild animals have continued to deteriorate. To conserve wildlife, a program has been established to ensure that the animals in need are cared for. Therefore, the wildlife sanctuary comprises animals that are orphans, injured, or sick.

These animals are rehabilitated and are tamed. This makes it more interesting for volunteers since they can develop a lasting relationship with the animals. It’s an incredible experience that leaves volunteers grateful for having taken that route. The wild-life sanctuary cares for such animals as elephants, cheetahs, zebras, birds among others.

Categories of endangered animals at Wildlife sanctuary in South Africa

Most people hate vultures, especially because they feed on carcasses. Some go to the extent of giving them poisonous meat to kill them. However, all that vultures do is to conserve the environment. For instance, by feeding on carcasses, they combat infections that could otherwise affect other animals.

To maintain these priceless birds, the volunteers at the sanctuary feed vultures with healthy meat. Hence, the sick, injured, or weak gain their health. These types of vultures only exist in South Africa, and your little efforts can prevent them from being wiped from the face of the earth. This includes sending your contribution to the South Africa sanctuary.
Cape vultures die of the following;
• Loss of habitat
• Being poisoned by people/unintentional poisoning
• Electrocution after colliding with electric cables. 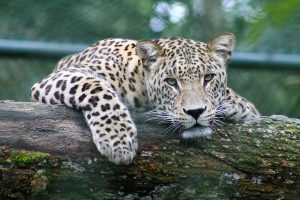 The cheetah is crowned as the fasted animal in the jungle. It has a striking beauty and a strong, impressive body. However, for farmers rearing animals, a cheetah deserves to die. This results from its prowess in killing farmers’ animals. As a result, cheetahs are killed with arrows, poisoned, and injured.

To avoid losing cheetahs to angry farmers, the sanctuary program helps in feeding cheetahs and offering safe habitation to protect them from attacks. Also, the sick are offered the necessary treatment to help them recover. You can help by volunteering at the SA Wildlife sanctuary or make your contributions.

The Blue Crane is a South Africa national bird. Unfortunately, it has a poor vision, hence it’s vulnerable. For instance, it collides with electricity cables, posts and so on. Their long legs make it worse as they end up getting entangled in bushes or wires. The program aims to protect the blue crane from threats, offer a good habitation, and feed them. You will create the best memories interacting with these rare creatures.

This is one antelope you will find wandering the South Africa plains. It is endangered since it is prone to habitat loss. This is because it is choosy on the grass to feed on. So, it referred to as a specialist grazer. Besides, hunters salivate on seeing the Oribi.

They use it to prepare a mouthwatering stew, not knowing the harm they cause just by killing one of them. The sanctuary has such animals as Oribis and ensures they get a suitable habitat and that they are protected from merciless hunters. Just spending some hours with Oribi will change how you view life. Once tamed, it’s calm and so sweet to be around.

These are critically endangered species. They are among the top list of the scariest animals in South Africa. They are rare, hence you cannot just find them. Their key threat has been the mining and agricultural activities carried out in the South Africa grassland. Through contributing or being a volunteer at the sanctuary, you will have helped conserve the endangered golden moles.
There are other animals to care for such elephants, zebras, different types of birds just to mention but a few. Let’s look what’s your role as a volunteer at the sanctuary;

Roles of Volunteers at Wildlife Sanctuary in South Africa

If you are so passionate about Wild animals in Africa, you can make a significant difference by being a volunteer or sending your donation to Wildlife Sanctuary in SA. For instance, you get to help animals in critical condition. Some have sustained injuries from hunters, habitat destruction, poaching not to mention that they are orphaned animals.

The sanctuary accommodates volunteers who wish to stay within. It’s exciting when one has to wake up only to see a group of elephants, zebras, or even cheetahs around.
You will be in the company of different wild animals. They include elephants, cheetahs, unique birds, Zebras, antelopes, and so on. You work closely with each of these animals and the bond is unbreakable.

As a volunteer, you can help these animals from 2 to 12 weeks. That way, your contribution as a volunteer won’t bring your activities to a halt. There are multiple projects in which volunteers engage in. For instance, there is the vulture kitchen where you help feed the vultures with healthy meat.
Besides, there is a project that involves creating fire breaks to shield dung beetles, chameleon, and tortoise from wildfires.

. You are offered a healthy diet 3 x a day.
• Enjoy program inclusions, which includes accommodation and airport transfers
• Several trips within the area
• Enjoy game drives plus elephant walks
• Meet other people who are so passionate about animals just like you
• Develop a close relationship with wild animals
To become a volunteer at a Wildlife Sanctuary in South Africa is the best decision. Besides, the benefits you get, you will serve a good cause which is conserving wild animals and helping them lead a healthy life.