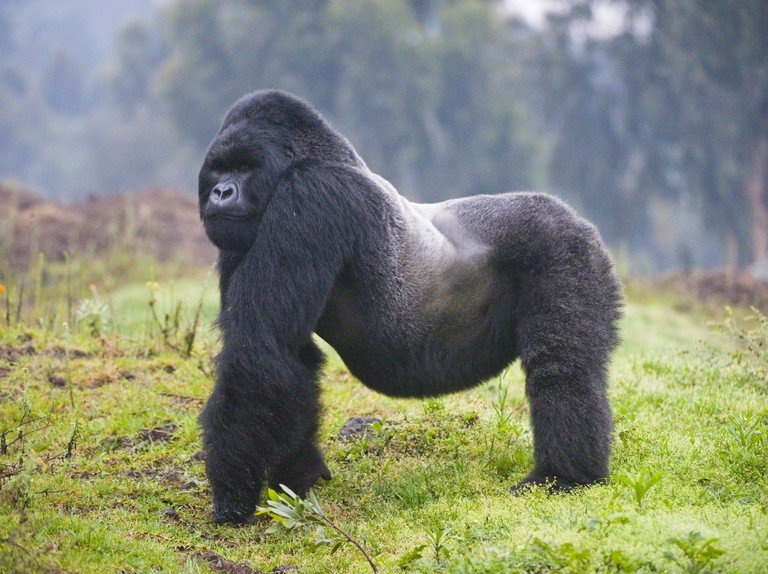 Are mountain gorillas endangered? Mountain gorillas have been subjected to unchecked poaching, sickness, habitat destruction, and human conflict for decades. Their populations have declined to the point where they are now considered endangered. However, as Gizmodo’s George Dvorsky notes, there is some good news for these enormous primates. According to a new census, the mountain gorilla population has increased to 1,063 confirmed individuals, which is still a worryingly low number but indicates that conservation efforts are working.

Around 2,000 samples were transferred to the University of California, Davis’ Veterinary Genetics Laboratory, where scientists utilized DNA analysis to identify individuals and groups, according to Cannon of Mongabay. According to UC Davis, the study discovered 459 mountain gorillas in these areas, up from the 400 individuals estimated in a 2011 survey.

In the Virunga Massif, a range of eight volcanoes that runs over Rwanda, Uganda, and the Democratic Republic of Congo, another survey was undertaken between 2015 and 2016 discovered 604 mountain gorillas. When mixed with the results of the current population census, the total number of mountain gorillas had risen to 1,063—a significant increase from 2008, when the population was only 680.

The new census is the latest sign that this critically endangered primate population is steadily rebounding. Mountain gorillas were upgraded from “critically endangered” to “endangered” classification by the International Union for Conservation of Nature (IUCN) last year when assessments revealed that the species’ population had surpassed 1,000 individuals.

Initiative By Environmentalists And Local Communities

Mountain gorillas have been rescued from the verge of extinction thanks to a massive effort by environmentalists and local communities. Specially trained vets care for the creatures in the wild, and patrols work hard to drive off poachers; as Helen Briggs of the BBC reported last year, park officers have risked their lives to safeguard gorillas. Ecotourism that is carefully managed has boosted local economies and persuaded people to protect mountain gorillas.

According to Tara Stoinski, president, CEO, and chief scientific officer of the Dian Fossey Gorilla Fund, which assisted with the Bwindi portion of the census, the results indicate “what can be accomplished by a cross-border, multipronged, tireless campaign to safeguard a species.” Mountain gorillas, on the other hand, are still in desperate need of protection, she says.

Where Can You Find Mountain Gorillas?

Mountain gorillas are found in two isolated groups: one in the Virunga volcanoes, which span Rwanda, Uganda, and the Democratic Republic of the Congo (DRC), and another in Uganda’s Bwindi Impenetrable National Park, which is adjacent to the DRC’s Sarambwe Nature Reserve.

They live in high-altitude forests and feed primarily on leaves and shoots.

Are Mountain Gorilla Endangered? Why Are Gorillas Important?

All wild animals, including gorillas, play a crucial part in their surroundings. The natural equilibrium of the food chain would be upset if these large-scale grazers didn’t eat many plants. It could have a detrimental impact on the area’s other species and the people who rely on the environment for food, water, and other supplies.

Ecotourism, or socially and environmentally responsible tourist excursions, such as carefully supervised journeys to view gorillas, can be a valuable source of money for locals living near gorillas.

As a section of the International Gorilla Conservation Programme, we work to protect mountain gorillas (IGCP). The International Gardening Coalition Program (IGCP) was founded in 1991 to partner with Fauna and Flora International. It collaborates closely with the Rwanda Development Board, Uganda Wildlife Authority, and the Institut Congolais pour la Conservation de la Nature in the Democratic Republic of the Congo, all home to mountain gorillas. Hope, your query regarding “Are Mountain Gorillas Endangered” is answered now. 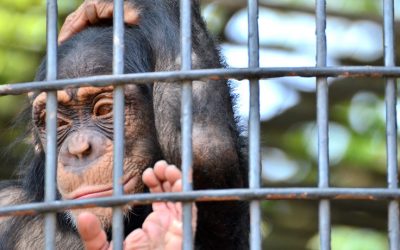