10 Most Poisonous Flowers in the World

Most Poisonous Flowers in the world:

It’s hard to forget the horror stories told in middle school science textbooks referring to poisonous or venomous plants. Citizens living in the Middle East once conceived of the existence of a human-eating tree.

An article written in 1878 by German explorer Carl Liche attained widespread recognition as he explored the dark corners of Madagascar, assisted by a population of men from the Mkodo tribe. A woman drank nectar from a bizarre-looking tree like one of the most poisonous flowers , sensing the presence; the pineapple-looking structure constricted her in branches and “ate her alive.” Though such trees do not actually exist in the real world, deadly plants do.

The tree mentioned above may likely have simply been the writer’s exaggeration of a pitcher plant, an organism existing in humid and hot regions. This plant attracts vermin, insects, and upon falling into a pitcher, they become food and are unable to escape and could have been one of the most poisonous flowers if existed!

Even though people do not need to fear such danger, these beautiful and deadly creatures attract lots of attention. Below is a short compilation of the most dangerous flora that exists in the world today.

Perhaps the most dangerous plant of all and one of the most poisonous flowers, every part of this organism is composed of terrific toxins. The two most potent in particular are neriine and oleandrin. The poison emanated is so strong in fact that it can destroy a person that simply tastes the honey made from bees that have digested its nectar.

However, despite this, it is typically planted in public and private spaces for decoration. Although this poison produces a wondrous fragrance, the animals avoid it. Incidentally, they are often implemented as highway barriers, for their rapid growth serves to prevent erosion.

Ingestion of the leaves typically results in death for humans. While the toxin remains fatal for the first 24 hours, the patient will likely survive if given emergency medical care.

Such care typically involves induced vomiting, stomach pumping, or the force feeding of activated charcoal as a way of absorbing most if not all of the poison. 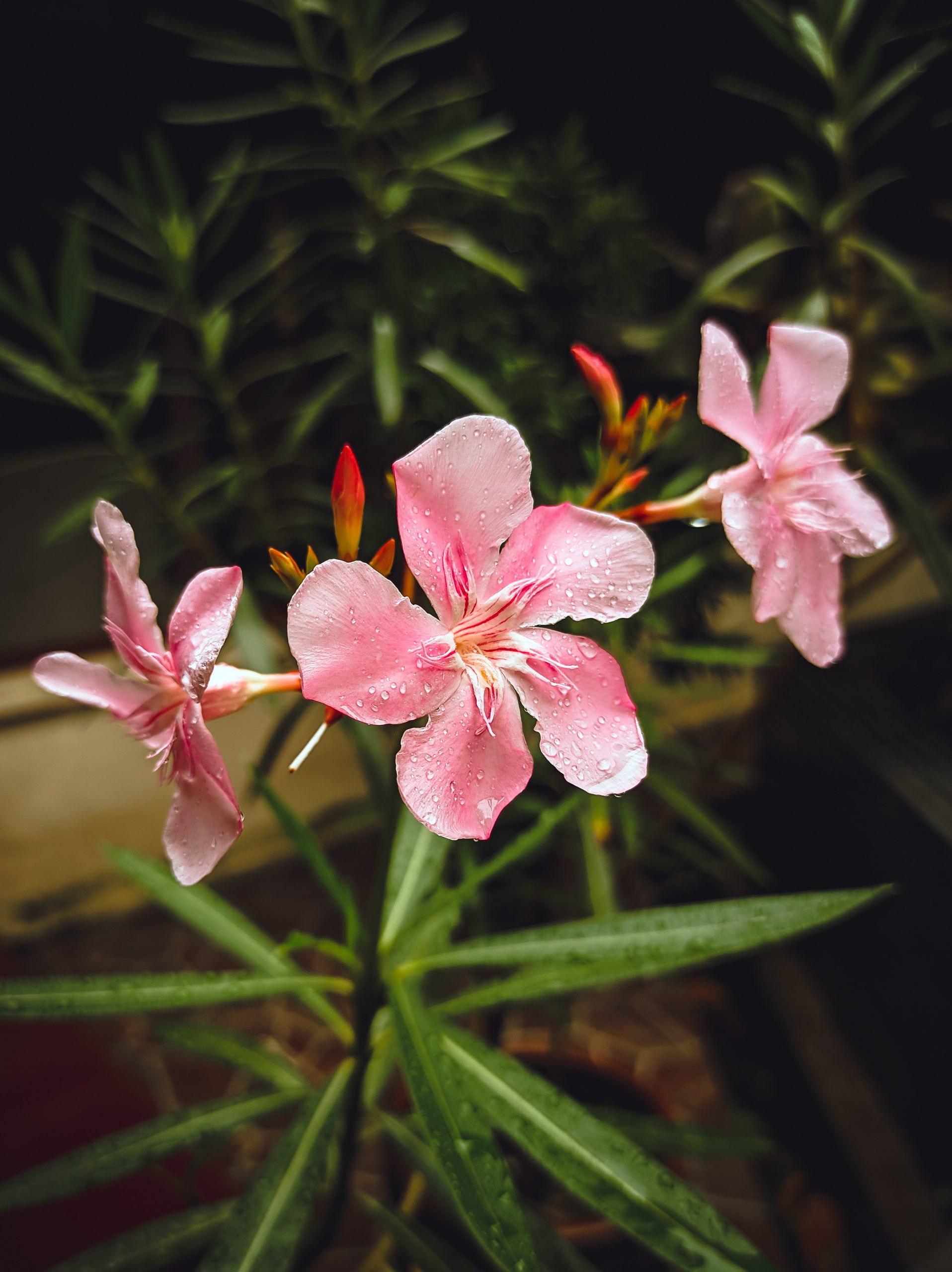 Found primarily in the Americas’ marshy regions, this plant’s deadly toxin, known as cicutoxin, is concentrated near the base and hence listed as one of the most poisonous flowers. Sadly, the white roots are often incorrectly observed as parsnip. For many decades, it has developed a reputation as one of the harshest plants imaginable.

Cicutoxin is known for causing painful and violent convulsions, vomiting, muscle tremors, nausea, and cramps. Those who are fortunate to survive the initial disease will forever suffer long-term health issues like amnesia. Therefore, no amount is considered good to digest. This poison has long since affected livestock, especially cattle, leading to the infamous nickname “cowbane.” Widespread illness of livestock is very common and commonly
occurs following the ingestion of plant roots.

In particular, animals pull the whole plant out of the ground during the spring when the ground softens and accidentally ingests this most poisonous flowers’ roots and foliage. Animals often die in as little as 10 minutes upon consumption.

Boasting gorgeous low-hanging fruits, the rosary pea contains red and black seeds. Despite extensive use in crafting jewelry, the pea seeds are responsible for containing the poison known as abrin.

Until damage of the outer coating or surface scratches, however, the seeds are safe. Though, there is a far greater threat to be had to the jewelry itself than the wearer. Just 2.5 mg of exposure to abrin is enough to kill a grown adult, as it is considered even deadlier than ricin and hence called as one of the most poisonous flowers. 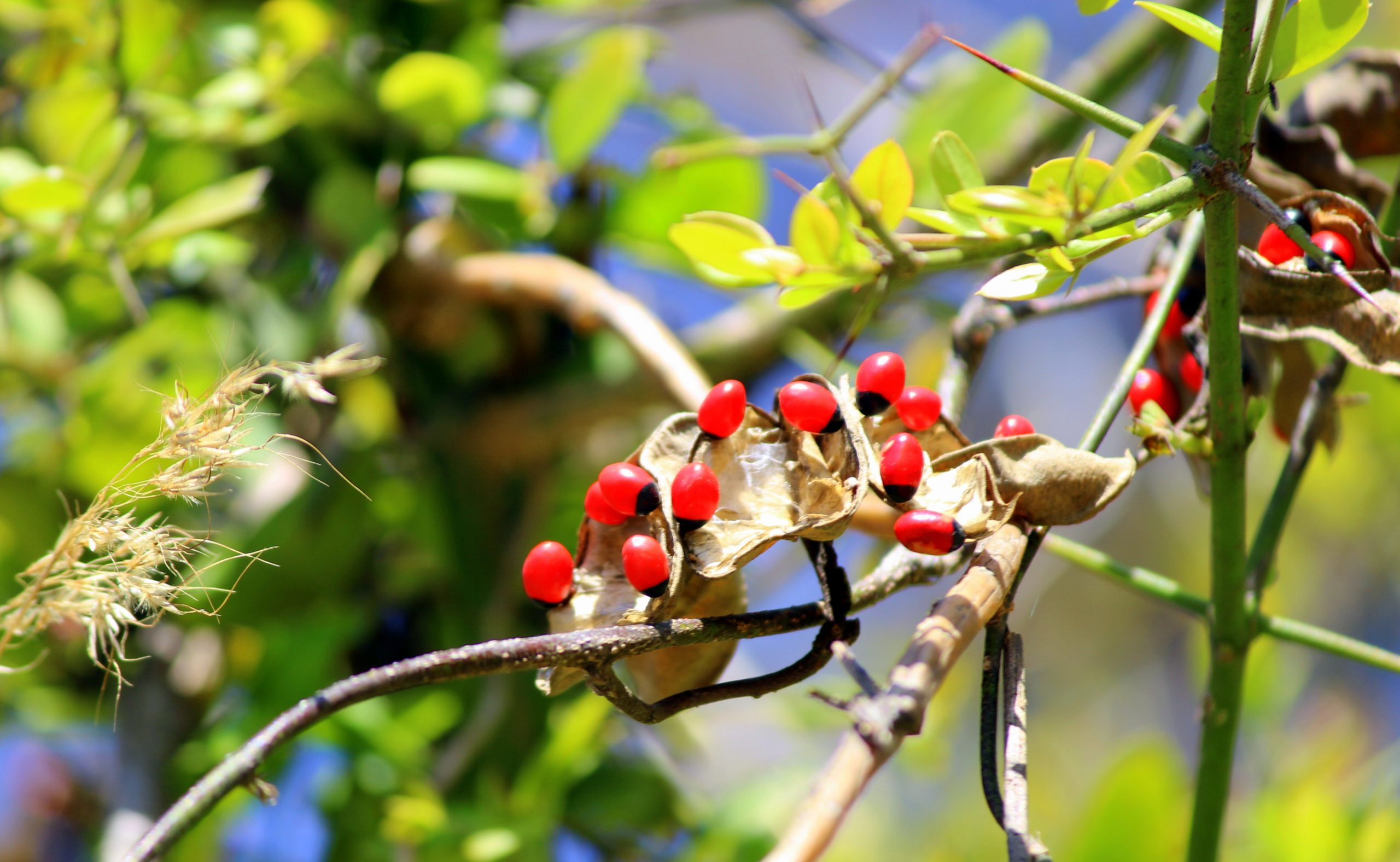 Perhaps the plant having the scariest of all names, deadly nightshade can grow as high as 1.5m and is recognized by purple bell-shaped flowers and dark leaves. The juicy, sweet, yet fatal fruits grown off this plant are tempting for humans, especially children, but is one of the most poisonous flowers in the world.

Oddly enough, however, they are completely safe for birds and other animals. The poison in this plant makes a direct attack on a person’s nervous system, resulting in total involuntary paralysis. Symptoms may include sensitivity to light, headaches, convulsions, and headaches as few as three berries can kill a child, with up to 10 enough to kill an adult. 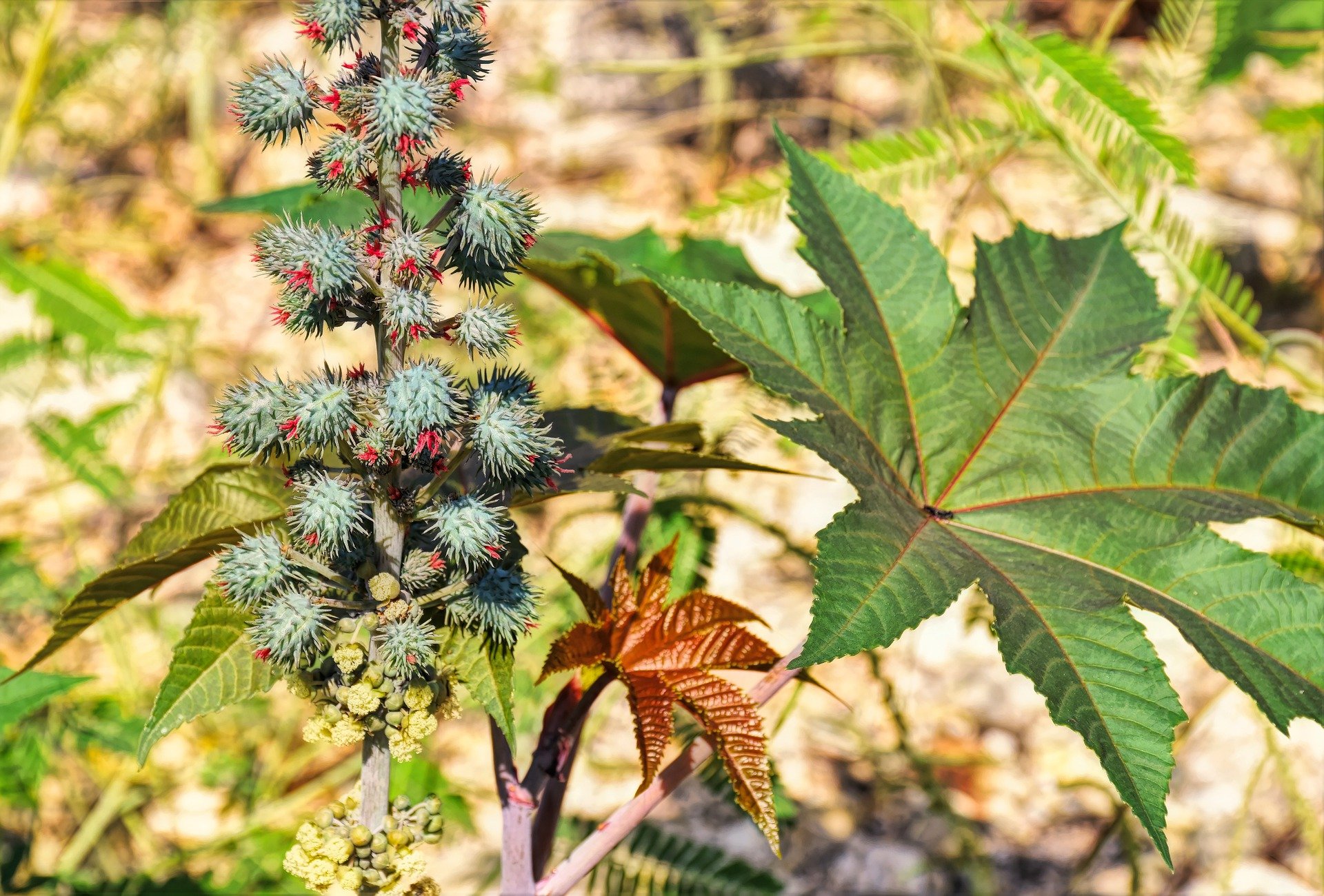 The Castor plant, found around the entire world, actually originated in the continent of Africa. It bears a red center and yellowish flowers. These leaves are immense in size, all with toothed edges. In times long past, the castor bean was implemented in various ointments and oils. This plant contains ricin, a deadly poison found within the coating of the seed in high concentrations. Although poison cases are rare, a number of fatalities have been documented from these most poisonous flowers.

Believed to once play a part in the spiritual practices of pagans, this plant symbolizes the soul’s immortality. However, every single part of this plant, aside from the bark, is considered poisonous and has most poisonous flowers. In particular, the leaves can lead to horrendous symptoms, including but not limited to irregular heartbeats.

Known for bringing an end to the mother of Abraham Lincoln, this plant, commonly found in shaded groves, contains excessive levels of the toxin known as trementone.

Causing what is referred to as milk sickness; the poison affects individuals who drink milk from cows that consumed this plant and its most poisonous flowers. Signs of animal illness include lethargy and difficulty breathing.

Contact with this plant can cause numbness and heart problems. Though very beautiful in appearance, consumption of any part can lead to burning sensations in regions of the stomach and the mouth, along with the chance of entering a coma.

With its pointed leaves and fruits, this plant appears as deadly as its poison. Aside from its few medicinal properties like relieving asthma symptoms and serving as an analgesic on the operating table, the alkaloids are responsible for said properties are, in fact, fatally poisonous, and an improper dosage results in death, and hence listed among one of the most poisonous flowers.

This plant derives from the term manzanilla (or little apple) due to its resemblance of leaves and fruit matching an apple. These, if ingested, often result in mouth blisters, swollen throats to the point of being completely closed, and even gastrointestinal issues.